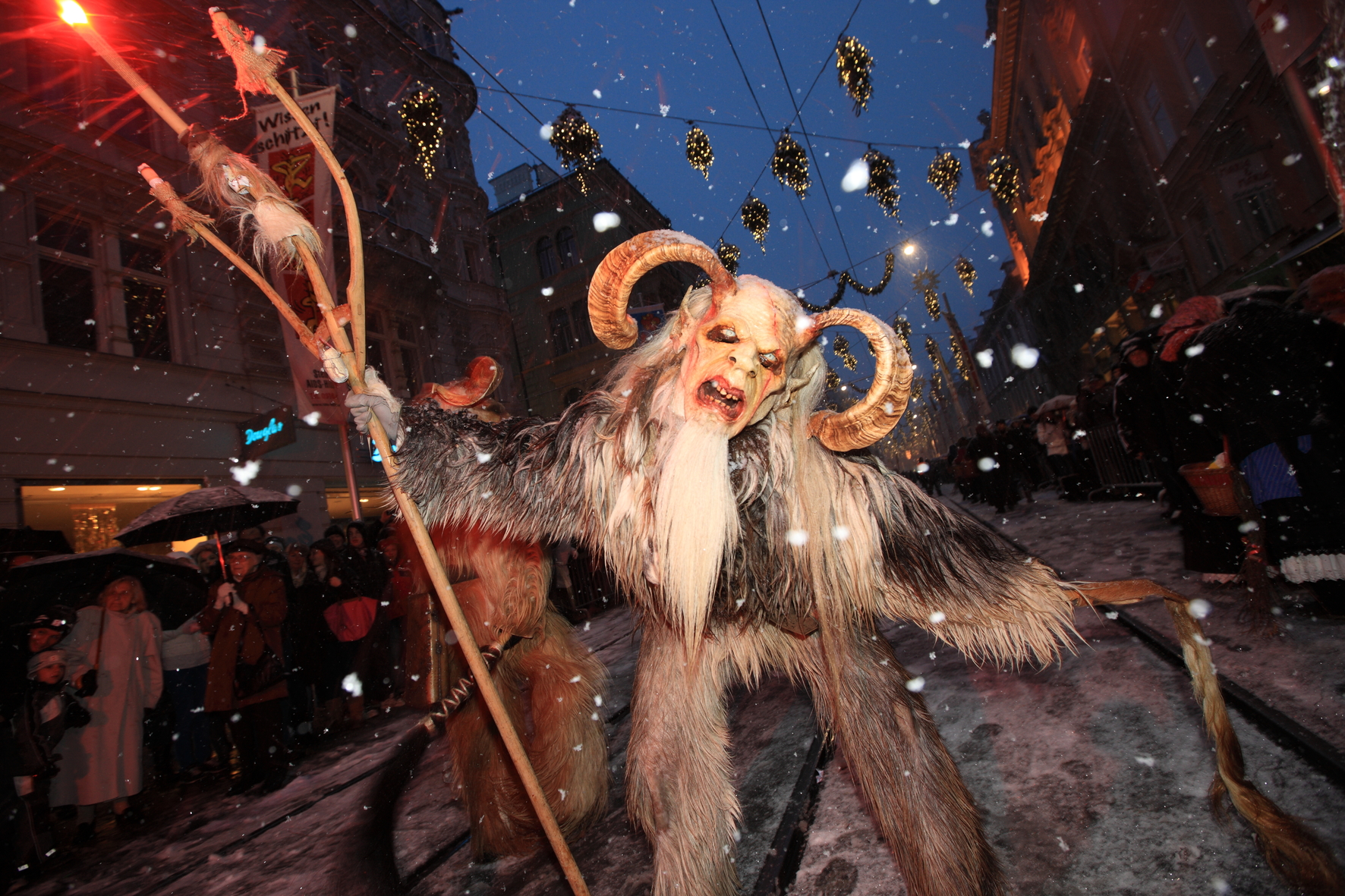 When visiting the mountains is early December, you would expect to visit a traditional Christmas market with Gluhwein and roasted chestnuts. You would really hope to see some snow and maybe be able to get in some early season skiing, but what you should really make an effort to see is Austria's evil Santa Claus!

St. Nicholas, the European Father Christmas visits children throughout Austria on the 6th December, he is accompanied by a devil like, half man half goat figure called Krampus. This nocturnal festival is a tradition that has the ability to scare young and old and seems to involve lots of cow bells and alcohol. Every town and village has a slight variation on how they participate in the tradition. One of the reasons we all love to travel is to experience new cultures and traditions, even if they are slightly terrifying.

Are you ready to embrace the darker side of Christmas?

Last year Lottie, from MoaAlm Mountain Retreat, experienced her first Christmas in Austria and her first encounter with Krampus...

'Ever heard of a Krampus? I had not until a snowy night deep in the the Kals valley. It was the first day of advent, so

it was no surprise when St. Nicholas came bundling into the cosy wood clad bar accompanied by a choir of angels.

What a lovely tradition I thought, as the locals who had been propping up the bar quietened as he unrolled a scroll

and read aloud. But then the mood changed, Santa finished reciting and glancing out of the steamy windows we

to announce their arrival.

The men of the bar stumbled out into the cold, where, one by one they took on the Krampus and one by one, they

are thrown to the ground, clothing torn and knuckles bleeding. The Krampus accompanied St Nik on a tour of the

village, stopping to terrify children into being good - in my opinion, a far more effective threat than a lump of coal on

Christmas morning. Who knew that Christmas could have such a dark, terrifying side?

Luckily Christmas at MoaAlm Mountain Retreat is a little less scary, and rather more relaxed. We love to watch and take part in the traditions in the village of Kals Am Grossglockner on the 6th December. The sound of cowbells and scared children is something to behold! The winter season starts with guests on the 7th December so we can reassure everyone that we will not beat them with a stick and threaten them with a lump of coal. At MoaAlm our guests can enjoy a week of snowshoe hiking and cross country skiing in the stunning snowy mountains of East Tirol. The Christmas dinner we serve on the 25th December is a plant based five course feast and accompanied by local schnapps and Austrian wine. In the evening we love to build a huge fire in the fire pit and sit chatting beneath the stars. Our remote location in the summer has the frequent sound of cowbells in the surrounding field, but Christmas day at 1800m under the stars is generally cowbell free!

We are looking forward to the coming winter season in the mountains. Krampus and the festivities of St Nicholas is on the 6th December, MoaAlm Mountain Retreat, with a more relaxed and less scarier atmosphere opens for the start of the Winter season the day after.