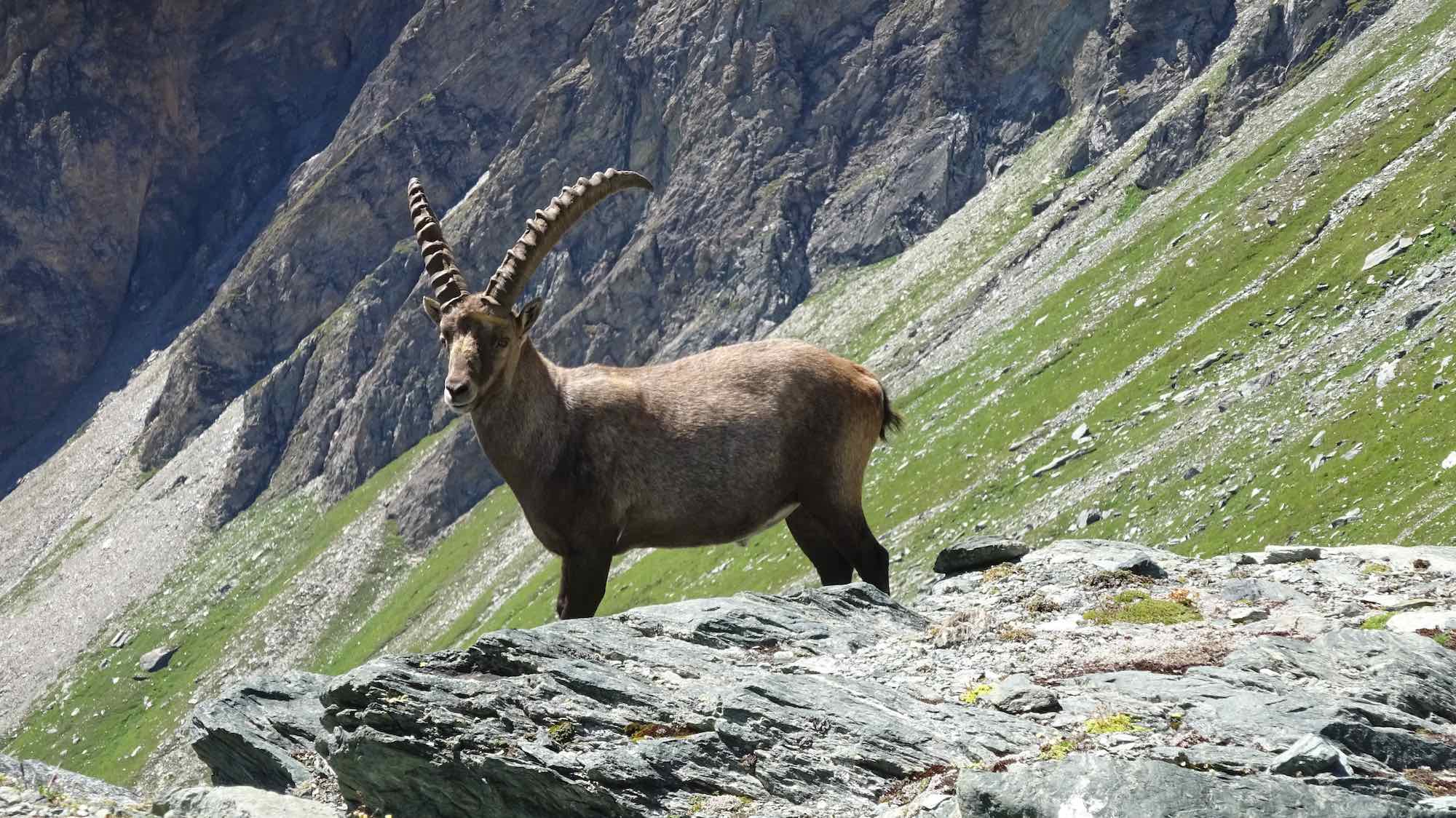 This is Part 2 of our Hohe Tauern National Park Big Five.

Petra, our National Park hiking guide, has written an introduction to some of the wildlife that we can anticipate spotting when joining her on one of the guided hikes within the Hohe Tauern National Park, East Tirol, Austria.

Part 1 was the Alpine Marmot... These amusing Alpine favourites are found in the summertime in the mountains.

100 kg body weight, powerful, proud with large impressive backward curved horns. On these horns are visible rings showing how many winters have been survived. Bursting with self-confidence, mythical and majestic– the Alpine ibex

An appearance that certainly will stay in your memory:

Within their habitat in the rocky grassland above 2000m altitude, this horned goat can move with an unexpected grace and with breath-taking skill. Their deeply forked hooves are perfectly adapted to balance their 100kg body weight upon sharp rocks. They are great climbers and jump from rock face to rock face. The ibex can live to more than the age of 20, with only the older males preferring solitary until it is time to breed in December and January.

How can a big animal survive under unbelievable hard and hostile conditions?

In ancient times people believed ibexes to be associated with god. This was the argument for their survival in a terrain that humans would certainly die. To transfer the ibex’ power to men, hunters killed ibexes – very successfully. In Middle Ages a pharmacy that specialised on ‘medical’ ibex products was opened in Salzburg. Ibex powder should work as an antitoxin, the blood even claiming to make men invulnerable. The horns, as well as being used as trophies, were ground down into powder and apparently protected against hysterics and poisoning. Even the heel bone of this revered goat was claimed to act as an aphrodisiac. Probably not a surprise that this type of ‘medicine’ was absolutely without any effect. Ibexes died out in the Alps in the 17th century, eradicated to zero, because of this mysticism, superstition and over hunting.

With successful reintroduction into the wild of captive bred ibexes and effective protection, these wonderful majestic animals can be seen again in the Alps. The mountain goats are also known as Steinbock in German and also as Capricorn.

The location of MoaAlm Mountain Retreat, in the shadow of the Hohe Tauren National Park, East Tirol is the perfect place to hopefully spot the Alpine Ibex in their natural habitat.

Hear more about the fabulous come back of Alpine ibexes and many more stories about the fascinating mountain wildlife during our guided hiking tours with our National Park ranger Petra on one of her guided summer or winter walks from our base at MoaAlm Mountain Retreat.