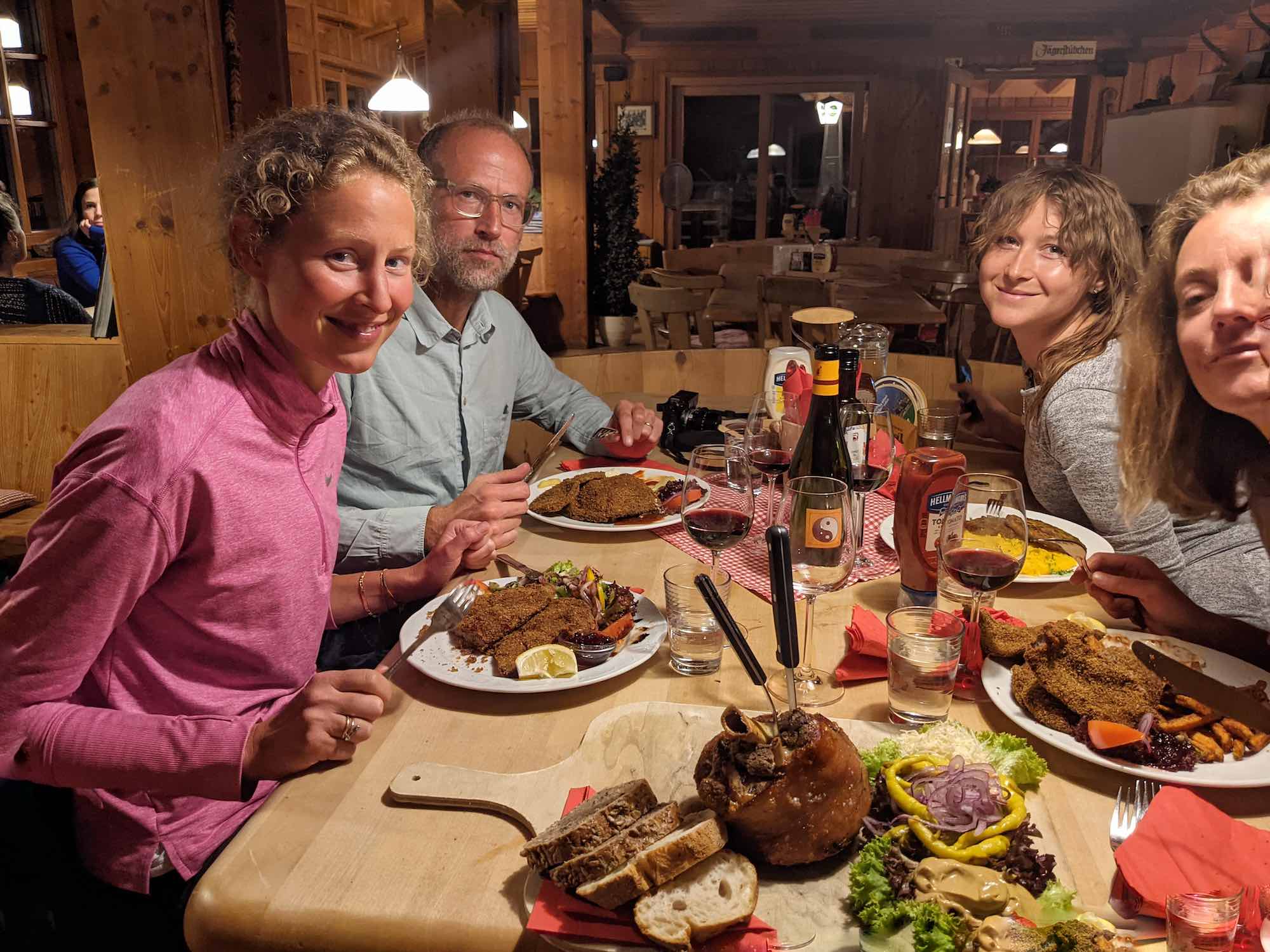 I’ll be honest with you. Before I started working here at MoaAlm, if you had said the word ‘seitan’ to me, I would have been anticipating a discussion on good and evil, not vegan cooking. But seitan has become one of my favourite ingredients in the vegan kitchen, with a diverse range of uses and a cool way of ‘veganising’ traditional meals.

Seitan is It is made by washing wheat flour dough with water until all the starch granules have been removed, leaving the sticky insoluble gluten behind. It is basically pure gluten (sorry GF readers).

The first time I saw seitan being used, my colleague Becca (@plantbasedbasics) had created a delicious seitan roll for our Christmas dinner. It kind of freaked me out. The taste was meaty, the texture was meaty and our non vegan guests devoured the roll. I was intrigued. I started to explore the kind of recipes that would use seitan and decided, being a wannabe Austrian citizen, that my first dish would be schnitzel.

I started by mixing the seitan with chickpea flour, and a load of spices and water. I kneaded the dough for 5 ins then let it rest a while.

Next came the fun bit. Just like a regular schnitzel (usually made with veal or pork) I had to bash it until it was very very thin. Using the rolling pin, I smashed the seitan until it conformed to my desired shape. I was interested to see just how much like meat it acted.

Next came the steaming. To give seitan it's chewiness, you steam it. I layered the schnitzels in the steamer and left them to it for 20 mins.

After the steamer I couldn’t resist a little taste. It was salty, but most importantly, chewy, just like the meat version.

Breadcrumbing and frying came next. This was the easy part. Instead of a traditional egg, I used a flax egg to allow the bread crumbs to stick to my schnitzels.

Plating up the schnitzels, you could not have guessed that they were different from the schnitzels you would get at any other mountain hut. I served them to my German friends.

I really enjoy the challenge of veganising traditional recipes. It means you don’t have to sacrifice foods which are culturally important because you are vegan. It is also a challenge to others to show that we can enjoy food just as much without animal products.

Want to try and make your own vegan schnitzels? I used the recipe from one of my favourite vegan blogs Eat-This: https://www.eat-this.org/veganes-seitan-schnitzel-wiener-art/