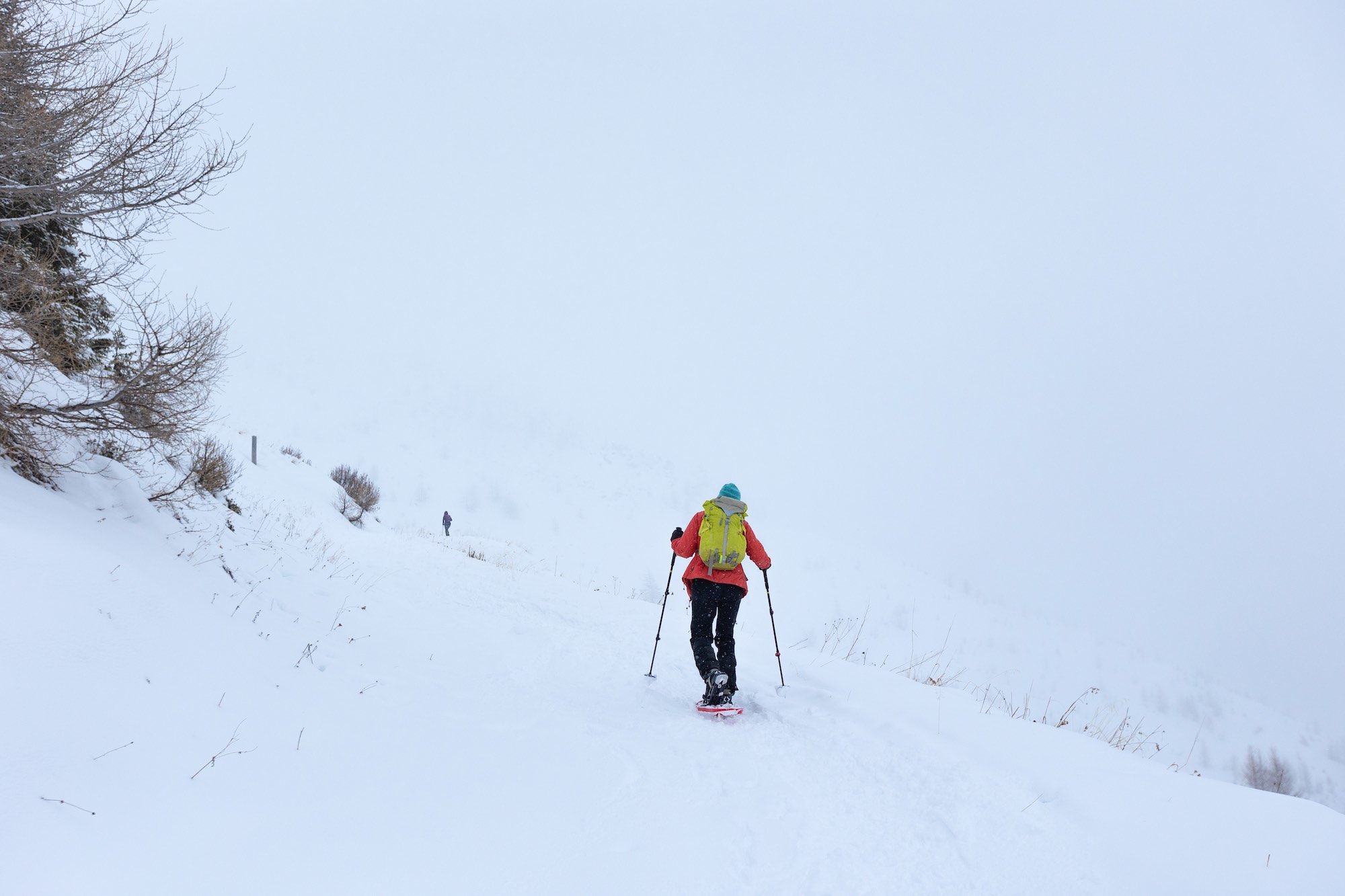 Snowshoe Hiking for the First Time

As our winter season begins, the snow continues falling and our guests have returned. MoaAlm has fully awoken once again.

The pastures around this high altitude home are used for alpine grazing during the summer months, but now blanketed in white, have a totally different purpose. Despite the deep snow, we are taking on the terrain with snowshoes and poles – one of our favourite activities here at MoaAlm. At 1800m high in the Hohe Tauern National Park, our base is the perfect spot for our snowshoe adventures – with a consistent panoramic view of the East Tyrol Alps.

Don’t panic, neither had I before visiting Austria. My main tip is to bring plenty of layers, good walking boots and a decent backpack for water, sun cream and snacks. The rest you will learn at MoaAlm!

My first snowshoe hike at MoaAlm was with the lovely Helmuth, a local mountain guide that has lived in the Osttirol mountains all his life. After retiring a few years ago as an engineer, he began his  guiding career. Helmuth knew the area from his years of travelling and building, but never had he experienced the mountains on foot so regularly – this is where he developed his passion for the outdoors as a guide.

On my first snowshoe adventure, we drove from MoaAlm through the valley deeper into the national park – occasionally passing the local farmer in his tractor, clearing the snow from our path.

[I still find it fascinating that the job of clearing the roads belongs to the farmers; they own the equipment and are given a commission for the distances that they clear, rather than in some places where the towns are responsible. While you’re staying, look out for the farmer in his Lamborghini tractor that clears the snow!]

We parked at Lucknerhaus, just under Großglockner – the highest mountain in Austria. We couldn’t make out the summit due to the thick snow that was coming down, but the closer peaks were immense. As we began hiking up, the snow fall increased and the visibility worsened. Stopping regularly for tea and snacks, it was quite incredible to see the changing conditions at high altitude. The white-out thickened and for a while it felt like we were amongst the clouds, following Helmuth into nothingness. We embraced the land in an entirely different way and appreciated his knowledge of the area more on a new level.

Ascending through the thick snow was great for a number of reasons, but mainly for the soft landing it offered as I was learning the best snowshoe techniques. Descending was hilarious. The snowshoes allow you to glide for a distance as you go down, so we were sliding our way through the fog at a much quicker pace than going up. Considering the brilliant white that constantly surrounded us, the route was ever changing and totally beautiful.

If you head out on this journey, look out for tracks from the Ibex and Chamois. Even with the poor visibility, we made out a few footprints here and there, but the crazy noise of the smaller mountain goats is how we knew of their presence. It’s indescribable, but definitely worth a google if you’re interested.

Written by Abbie, after her first time on snow shoes